Be prepared to get crazy! Rome is a huge city, and a little chaotic. Cars, vespas, pedestrians, helpless tourists, and Italians talking with their hands are everywhere. It’s wading through a nonstop sea of people, but if you can handle it it’s pretty fun. I went to Rome years ago, while still in high school, but recently visited for a long weekend to meet my sister and brother-in-law. We all arrived late on a Friday, and after a crazy shuttle ride into the city center we checked into the hotel and then headed out for grub. After unsuccessfully trying to get into several restaurants close to the Pantheon (an ~2000 year old structure sitting nonchalantly in the midst of tourists shops and streetside cafes), we finally found one down a side street with a table.

Thankfully an Italian friend of mine was in Rome on business and served as our translator for the weekend. Being as we were tired North Americans, we also let him order wine and first courses to share. Soon, the table was filled with bottles of red wine, bread, and the best pasta you can imagine. It’s called Cacio e pepe, simply spaghetti tossed with an aggressive portion of pecorino cheese, salt, and cracked black pepper. It might sound pretty boring, but believe me, it is damn good. We all ordered a meat course to follow, drank the last drops of wine, and wandered past the Pantheon and home to bed.

The next morning arrived gloriously bright and warm, and we started at the Fontana del Pantheon and proceeded to walk around the city, up to the Giardini del Quirinale, along the river,  and eventually across into the Trastevere district.

By this time, the sun was high, we were hot, and it was high time for some Italian lunch al fresco.

We started by ordering a healthy 1L portion of house red wine, which was pretty vile, but we managed to finish it. It helped that we were sitting at a quaint outdoor café with the quintessential red checker tablecloth in the sunshine in Rome.

In the afternoon, we made our way to Vatican city – where we stood in a long but surprisingly fast-moving line to get into St. Peter’s Basilica. St. Peters is an absolute mind-boggling affair- the sheer scale of this cathedral will blow your mind. My first visit here, we learned that the letters over the entrance are each the size of a double-decker bus. Inside, the ceiling soars above your head at an unbelievable height, and gargantuan marble columns line the main pathway towards the altar. St. Peter is said to be buried below the high altar.

The Pieta, the famous statue by Michelangelo of the Virgin Mary holding Jesus after crucifixion, lies to your right as you enter. It is an incredible example of the artist’s abilities and vision when starting with nothing more than a block of marble. All throughout the basilica are more beautiful sculptures and paintings, although you will see most people staring open-mouthed upwards as they walk around. 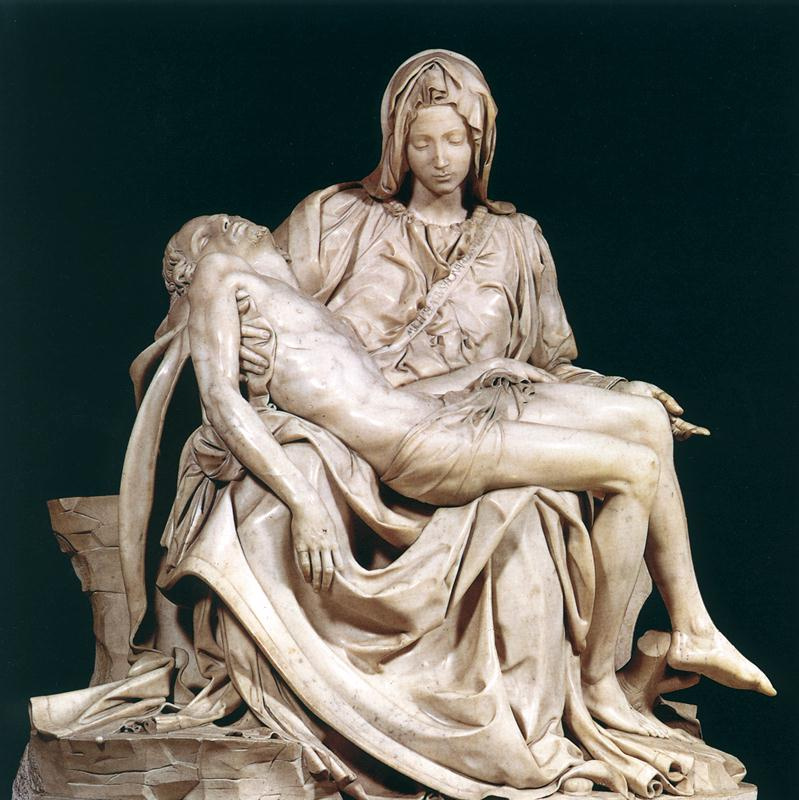 We went back to the hotel for a little break and a shower, then headed out for the Italian tradition of aperitif’s and eventually dinner. Dinner was a lovely affair, at a crowded noisy local place where the waiters were constantly rushing, shouting, and laughing. We once again ordered the necessary jug of red wine (or two). Following some desserts and at the insistence of my Italian friend that you simply cannot finish a big meal without a shot of Grappa . . . when in Rome, we did as the Romans do!

Our task for the next day was to visit the Colosseum and Roman Forum. Another long line awaited us at the Colosseum, but circling the line like vultures are ticket sellers for the “Fast-track” – you pay about double the price of an entrance ticket, but you get a guided tour and entrance immediately. So we paid it. And it was definitely worthwhile to get some detailed information about the gigantic arena we were walking around. It’s fun to reconstruct the Colosseum in your mind to its full splendor and glory – but just as interesting to see it as it is today, a little more exposed and raw.

A short stroll away is the Forum, a gigantic expanse of partially destroyed temples, arches, columns, and buildings. This area was a huge center for ceremonies, legal and business affairs, markets and socializing. It’s large and if you really want to see everything you could spend an entire day here alone. We strolled until our feet and brains were too tired, and then refreshed ourselves with another quintessential Italian experience – gelato! Italian ice cream is pretty well regarded, and once you’ve spent a couple days walking around in the heat of an Italian city, you can see why they perfected this cold creamy little treat.

For our last evening, we once again enjoyed the practice of an Aperitif, something I could really get used to. I’ve forgotten to mention – if Italians aren’t drinking alcohol they are drinking espresso. And don’t dare order a cappuccino after 12:00 – it’s a sin.

We missed a few of the big sites on this weekend which I saw the last time – namely The Spanish Steps, Sistine Chapel, and Trevi Fountain (it was under construction, not our fault). But Rome is clearly too vast to explore within a weekend. It’s a great place for an energetic person that likes nonstop action.